Twenty years ago, The Shakers emerged onto the music scene along The Treasure Coast playing a brand of blues that caught the hearts of everyone.  Five long established musicians with a love for their instruments molded into a group that can play just about anything.  Over the years the band has opened for .38 Special, Edgar Winter, while members sharing the stage with such artists as John Lee Hooker, and John Mayall, and NRBQ to name a few.

This show includes the addition of Tony Cruz, one of this area’s most talented  percussionists.  Now add to the mix The Revolution Horns which features James Archer, sax; Paul McCall, trumpet; and Conrad Zuloff, trombone.

It doesn’t stop there, add two of the top vocalists in Southern Florida, Jacquez Huell and Ande Alvarez who appear as the J-ets, their careers have included major performances throughout Florida, including the President of the United States, and many other celebs.  Plus MC Jimmy Dee and special guests, including “Tina Turner” and off the cuff audience participation. You will have a good time!!

Add all this and Daryl Magill and you have the Daryl Magill Show.  The show is brought to the audience by the consummate showman.  He will touch the hearts of the young and old will his brand of “out in the audience” antics to bring everyone together. 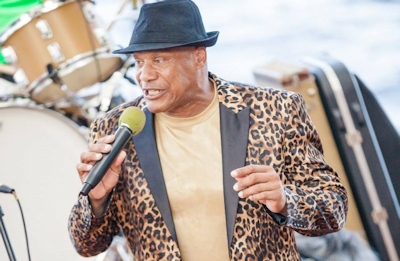